The brave new world of e-publishing 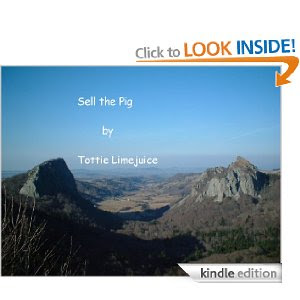 "Why not publish it as an e-book?” a learned and techy friend asked me when I told her I'd just finished writing “Sell the Pig”, a book about my move to France.

I made a non-committal noise and immediately rushed off to that fount of all knowledge, Google, to find out what the heck one of those was. Because despite being a freelance copywriter working daily through the miracles of t'internet, I am also a confirmed Luddite who actually knows very little of the technical revolution.

I wrote “Sell the Pig”, or what happens when dementia, depressed dipsomania and downright dottiness decide to uproot from the UK and move to France together, because no-one to my knowledge has done the moving to France thing with a family like mine, including a 90-year-old mother with dementia and a manic-depressive alcoholic brother.

I hadn't really thought about what I was going to do with it once I had finished, except possibly hawk it around a few publishers. But thanks to said techy friend, I discovered Kindle Direct Publishing.

It seemed that, for absolutely no outlay and very little effort, I could publish my book and have it available for sale in this new-fangled electronic format on Amazon. And I would be entitled to 70% of each copy sold. It sounded marvellous, and certainly much more attractive than so-called vanity publishing which can cost aspiring authors a lot of money up front and bring them little in return.

I had a quick look at what was out there in self-published land. And had quite a surprise. Being a copy editor as well as copywriter, I rather imagined people would take a bit of time to proof their works before publishing. Some of it was so utterly awful, badly spelt, full of grammatical errors, that it was literally unreadable.

So I enlisted the help of two friends to check mine over for me, one a person who has known me well since the early 1980s, the other a new friend I'd met through Twitter then gone on to meet in the flesh, who knew me less well so would be able to spot any glaring gaps in the narrative.

With the help of their red pens, I eliminated most of the errors, then it was time to bite the bullet and publish. The good news was that it was really very easy to do and took no time at all, simply following the on-screen instructions and watching the accompanying video. My manuscript was in a standard Word format and I had even had a go at a cover illustration, using a photograph I'd taken, with text added using the very simple, user-friendly paint.net.

I gave birth to my literary baby, mentioned it on Twitter and Facebook and sat back with bated breath to watch what would happen next.

If you're planning to use self-publishing via Kindle Direct Publishing to fund your lavish retirement plans, take a reality check. According to statistics I have read, the average self-publish sells about 100 copies in total. I was ludicrously pleased when Sell the Pig sold nearly 70 in the first month.

What came as the biggest and best surprise, however, was the warmth of the wonderful reviews it has received to date. And genuinely not all from people I know, although the one which has perhaps touched me the most came from Robin, someone I knew back in the 1960s, with the very flattering comparison to “My Family and Other Animals.”

I was also flattered by the way reviewers like little emma used phrases from the book in their reviews. And I was greatly encouraged by how many reviewers were asking eagerly for a sequel, like Serenaf66.

Will I make a fortune out of my self-publishing venture? Realistically? No. When you self-publish, you realise exactly how much main-stream publishers earn their percentage, with the amount of marketing that's necessary to make sales.

So is there any point in doing it? Yes, absolutely. First of all, it's great fun. You're in full control and you really engage on a personal level with everyone who reads and reviews your work. Plus it's so nice to keep peeking at your monthly sales reports to see how many have sold.

It's also a marvellous way to test the waters, to see if the work you've sweated over is any good, because you are exposing yourself not just to glowing praise but to the possibility of biting criticism too, and that's a valuable reality check.

A couple of very obvious Dos and Don'ts which are nonetheless worth stressing:

• Don't expect to make a fortune from your first foray into self-publishing to e-books. Even with 70% of the royalties, you've got to go some with your marketing to sell enough to make much.

• Don't expect mainstream publishers to be beating a path to your door the minute you publish.

• Don't forget there are a lot of people out there like me who know nothing of Kindle and will need a lot of hand-holding to download the free app and buy your masterpiece.

• Do decide on your motives before rushing to self-publish in electronic format. If they are entirely financial, this may not be the right medium for you.

• Do take time to read very carefully every little box you are asked to tick before uploading, as one mistake could lose you some of the rights to your own work.

• Do accord your readers the courtesy of presenting them with a manuscript which is as free from errors as it is within your power to make it – if you're asking them to pay to read it, you should at least make it worth the purchase price.

I'll now sit back and await a flood of feedback from anyone who reads this article, then reads Sell the Pig, and delights in pointing out all the typos that slipped through the net!
Posted by Sarah Lamballe 1 comment: Links to this post 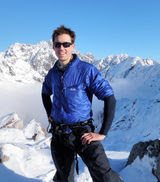 What technical retailers value above all else in marketing copy is credibility. Waffly copy without substance is fine for non-technical customers, but the goal-driven, pursuit-following technically minded will expect sound knowledge. And the more often buyers visit a site, the more technically clued up they become. It’s all out there, how are you going to present it to consumers to make them want to purchase, and convince them to buy from you?

Writing for techies involves providing the information they're seeking in bite-size format. You need to filter information for the key features that will help customers select and drive those important sales. Benefits, to a certain extent, take second place to the main characteristics.

Think in terms of marketing property. Most house-buyers want to know things like the number of bedrooms, location, whether there's a garden etc. A breakfast bar or hot-tub may well be lifestyle benefits but are more bonus features than essentials.

The savvy techy customer wants to read a genuine representation of the product, presented with integrity, or you will lose credibility. That doesn't mean you have to be negative with something you see as an inferior product. Every product has something positive about it, with which you can lead in to your review.

It can be hard finding the balance in writing for true techies and the less clued-up customer, who may need a little hand-holding. You may need to include a jargon-busting hyperlink for those who need it, without putting off the true techie with too much basic detail in your copy.

For both types of customers, a winning format is to lead in with a concise nut-shell description, then a run-down of the product's main USPs in clear feature-benefit format, which should help your copy to remain concise.

For most technical products, there will be a lot of facts and figures to support the undoubted benefits. Although you may have covered some of them in the main text, a table or bullet points to summarise provides easily digestible information to the prospective customer and can act as a powerful call to action in its own right.

What are your top tips for writing technical copy and establishing yourself as a trustworthy authority?

Our very own Bear Grylls, Danny Kendall is an excellent technical copywriter, with a sound grasp of SEO and a passion for outdoor pursuits. Mostly he's out there climbing, cycling, mountain biking or having operations to put right all the bits his action man lifestyle have put wrong. And very occasionally he can be found creating content for some of the UK's biggest outdoor retailers. If you need the technical mustard cutting, he's your man.
Posted by Sarah Lamballe No comments: Links to this post

Sarah Lamballe
Busy copywriting for the cream of the UK catalogue and ecommerce industry, Sarah Lamballe is one of the country's most experienced mail order copywriters, leading a team of writers creating content for the best fashion, gifts, home, lifestyle and accessories mail order, online and multi-channel retailers. Based in the Lincolnshire Wolds, helping to run a family tree surgery business and project managing the build of an eco rural business hub Jim's Yard. Base for Lincolnshire's leading tree business, wood workshop gallery and training space with rustic boutique accommodation due to open 2012. Founder member of MR BIG (Market Rasen Business Improvement Group). Passionate about fashion, food, rural living and sustainability. It's a tricky combo but it seems to be working.